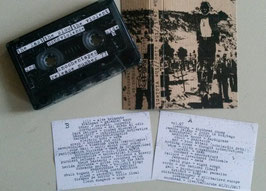 V/A THE FAST/ THE SLOW /THE VIOLENT

Cryptic Void - Into the desert temple : Awesome fresh Grind/Death Metal band from Houston, Texas, which formed in 2014 with members/ex-members from other Houston bands like Mindboil, Insect Warfare, P.L.F., Turbokrieg, Peasant, Niburu and War Master. This is their debut full length released by  RSR. The music speaks for itself, with tasty riffs that contain a nice blend of death metal and full throttle blasting, like a barrage from a Katyusha Rocket Launcher. Fast, destructive, brief, yet devastating.  Wasteland come - Wasteland goes...this is GULFCOAST GRINDCORE! For fans of Napalm Death and Repulsion. 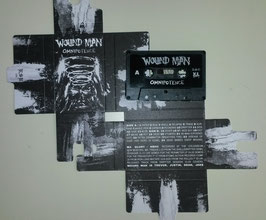 New Bedford style power violence complete with the stop start blaze and sludgery that makes their brand so brutally enthralling.24 tracks from different sessions/demos/comp.trac and covers,

you can get like 4x tape/7"  for same postage price

New collection Cd of totally 70 tracks of 7"s, 5"es, split 7"es, split Lp with Cold World, Demo tracks and some unreleased tunes. Extortion set out to make ears bleed pure powerviolence that worships at the altar of bands like Crossed Out, Neanderthal and Infest. Their songs whip up into a frenzy of blast beats and growls and slow down into agonizing sludge bits.