Abosuletlly ripping Grind Noise bands from USA. REEKING CROSS with 15 untitled songs with brutal sound. The same I can say about LANDFILL. This duo bring you 13 Grind Noise songs.

DETERIORATION is Grind Core from from Minneapolis, Minnesota. Founded in 2003. 2 brothers which are really active and still on tour. Here with 3 tracks.
NAK´AY is High Octane Grindcore band from Fort Wayne, IN, USA formed in 2008. In this band are two brothers as well. Here with 7 brutal tracks. 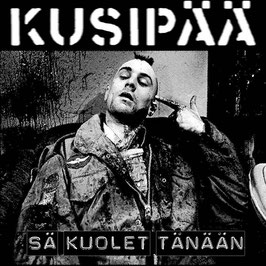 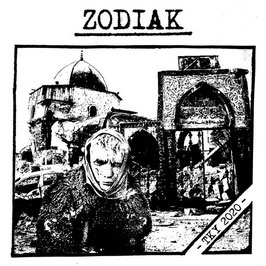 ASOCIAL is total swedish Early, Mid Eighties Hardcore mangel at its best, credited by Heavy Metal expert Daniel Ekeroth as the true inventors of the Blast-Beat and the originators of Grindcore (in his book "Swedish Death Metal" he defines ASOCIAL as "key to any survey of extreme music). If you like the fastest scandinavian Hardcore, Punk and your daily drug is the insanely raw devastation of bands like MOB 47, ANTI-CIMEX, THE SHITLICKERS, CRUDE SS, DISCARD, ... then you will dig ASOCIAL for shure.
After nearly thirty-three years "Religion Sucks" is finally available on (PICTURE) vinyl again, the original artwork of the cover / insert got restored and rearranged to achieve the best possible result. Stiv / VISIONS OF WAR, STIVART did a real nice drawing for Side A of the PICTURE vinyl and Eugene / CHAOSBRINGER took all pieces of art and created something new and really fantastic (Side B of the PICTURE vinyl was done by him alone).
The original pressing of this EP (on normal vinyl) was done in the year 1986 on the german label DISSONANCE RECORDS. 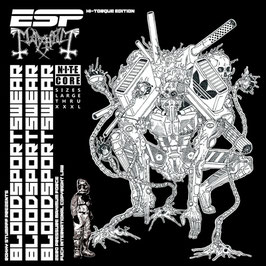 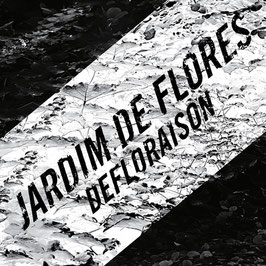 "Chepang offer an absolutely bone-crushing take on modern grindcore that sees clever emulsions of several niche subgenres creep into the mix including goregrind, crust, noise rock, powerviolence, and more. The overall output is an exciting and pointedly profound take on the genre that should be turning a lot of heads in the weeks and months to come." blowthescene.com 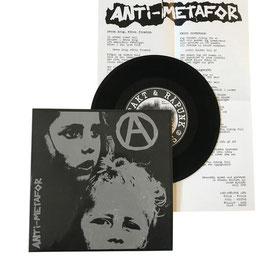 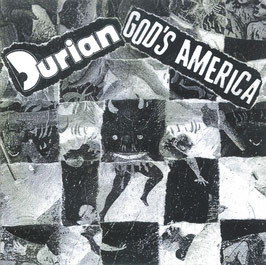 Repress on classic swedish 7“ originally released via Röj records in 1985. Protes Bengt was a blast off hardcore project by Åke from Mob 47 and Per Thunell from Filthy Christians and was basically Mob 47 with Per on vocals. The band was mainly formed to break some guys who did a tape with loads of songs. Protes Bengt never rehearsed but made two recordings. The first recording contains 74 "songs" of which 32 were released as this "In Bengt We Trust" EP. Most of the lyrics are really stupid but some have serious contents. The second recording was a 12-track demo called "Bengt e sänkt", the style had change to more one beat hardcore like Heresy, D.R.I, Lärm. 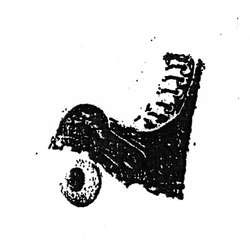 These two tunes were recorded 12 years ago, with Joel Grind of Toxic Holocaust on guitar. War 666 is a total Motor-charged bulldozer with rabid vocals.

Prophecy Of The Evening Star is a mid-paced rocker with a bit of NWOBHM swagger to it. Cracking riff.

Since their 2009 debuts Chicago’s SEA OF SHIT and New York’s RADIATION BLACKBODY have been 2 of the most memorable acts among the new wave of power-violence. Both bands have brought new and exhilarating ideas to the genre, but are still somehow familiarly based in the tradition our elders. Vinyl is limited to 423 copies and includes a digital download card.

SEVEN MINUTES OF NAUSEA / SLAUGHTER OF THE INNOCENT SPL 7"

Fiend from Fresno, California delivers low tuned old school grind core in vein of Nausea LA, Excruciating Terror or Bloody Phoenix. After great demo, ‘’Derailed’’ Tape and split w/ Dead Issue guys recorded new tunes for split 7” with Recalcitrant, Endless Demise and Suffering Mind - proudly released by us! Four short outbursts of pure grind core tornado + cover song of none other than Excruciating Terror. Touring Europe in Summer of 2017, present at Obscene Extreme Festival! On the other side Suffering Mind with their last acts of grind core saga. Sad to say its one of their last releases as the band goes on hiatus! Six, rapid grind core tunes in like 3 minutes, very close to Assuck in execution at the end. We are more than proud to be a part of Suffering Mind story from its beginning! Some members can be found jamming’ in Deterrence (Kuchar) and Groak (Ben)

Crushing German powerviolence in a blood pact with Philly noise mongers Constraint culminating in their US Summer 2015 Tour. Twisted shards of incendiary fuselage rip and tear the dead walls of empty tombs of the blind dead. And some tough riffs.